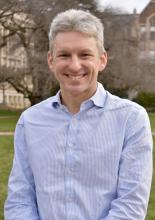 LSJ’s Graduate Certificate Program emphasizes the instrumental and dynamic role of law and struggles over justice and rights in shaping our contemporary and globalized world. Law is truly “all over” and increasingly becoming the primary mode of social control and cohesion in collective life. Law has certainly been a foundation for modernity, but its scope, diversity and centrality is greater now than ever before. The forces of legalization are proceeding at unparalleled rates throughout the world. In particular, transformative globalizing processes facilitated by high-speed electronic communication, expanding multinational corporate capital, and transnational economic and political arrangements at once are led by, and create vast demands for, new modes of legal coordination and regulation.

Our graduate program is rooted in the premise that new conceptual frameworks are necessary to analyze the growing, changing presence of law in modern life, as well as the dynamics associated with contests over the meaning and realization of justice and rights. The new intellectual agenda we have developed differs dramatically from traditional “law & society” scholarship in four interrelated ways: