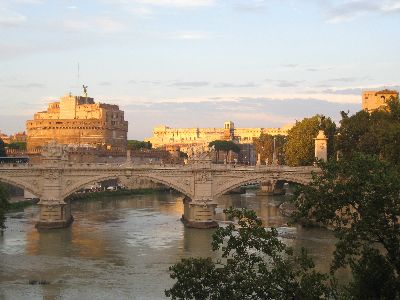 Leslie Berkseth first heard about the LSJ Rome program when she was a freshman at the University of Washington. Since then, she has taken beginning Italian classes to prepare for the trip. On the trip, students gain a better understanding of how Italians view their legal system and how the greater European Union system operates.

Berkseth said that the reason that the program is such a great experience is because of the professors.

“We try and teach about law and society but in a rooted way specifically to the culture so we use a lot of Italian cases,” said Walter Walsh, an associate professor at the UW Law School.

Students take two seminar courses that are part of the exploration seminar. The first class is on the European Union and the rights of the individual, and focuses on how rights are created and implemented in the European Union. The second is a class on Comparative United States and Legal Culture, which compares the legal heritages of Italy and the United States. This year, there was a big focus on immigration.

“You could study that any way but when Frattini, [the Minister of Foreign Affairs in Italy], came to the Rome center and gave a speech about immigration and the day before the President of Libya was there, it’s just interesting that it’s right there in front of you,” said Berkseth.

One of the greatest advantages of being in Italy is that students are not only discussing issues in class but also experiencing them by interacting with people in Rome. In one of the projects, students conducted interviews with Italian lawyers and law students.

Even though it is an intensive program, students have the opportunity to go to other places on the weekends. Berkseth said that she was able to visit Cinque Terre one weekend, and Siena and Florence another.

The program also takes advantage of Rome’s unique location. The faculty has planned trips outside of Rome to Bologna where students went to the law school on an overnight trip.

“In the past year, we’ve been to the Italian Supreme Court and this year we went to the Library Chamber of Deputies,” said George Lovell, a professor in the Law, Societies and Justice program.

This is the sixth year of the program. It usually enrolls about 25 students, including a mix of undergraduate and graduate students from the law school. The advantage of having a smaller group of students is that it gives students the opportunity to share the experience as a group.

“You have to go outside your home country and experience their way of life before you understand your own,” said Berkseth. “I think the LSJ program is a great way to do that.”

More information about the program, including application instructions, can be found at the Rome program website: http://courses.washington.edu/lsjroma/