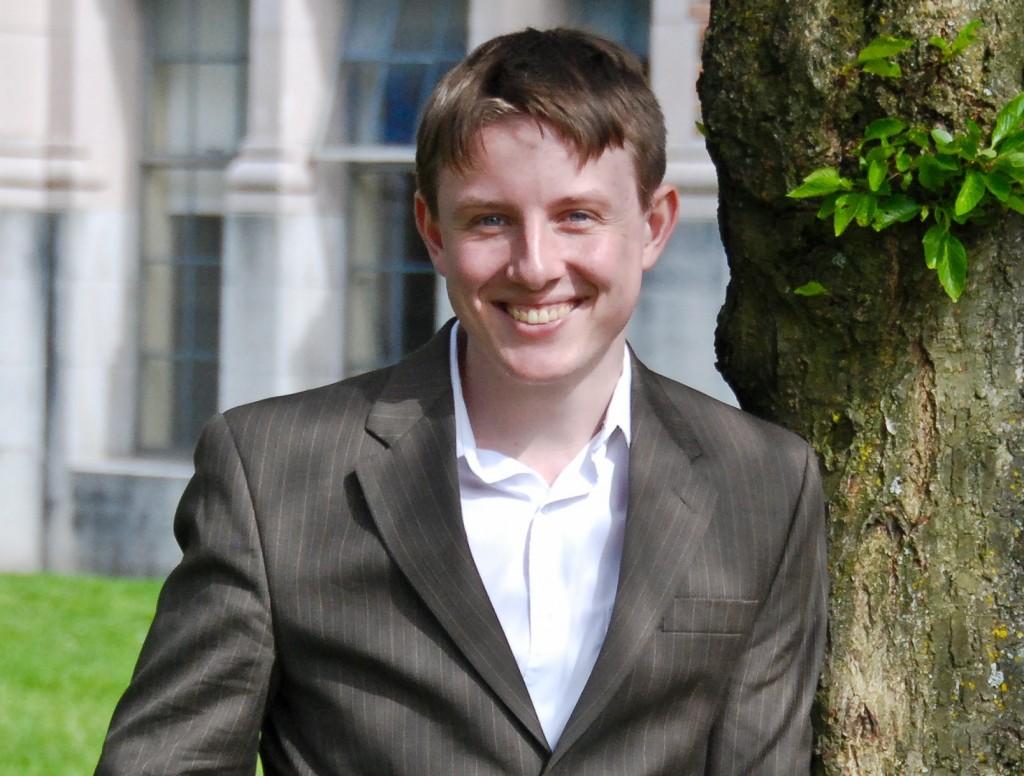 Bryon Gray, a triple major in LSJ, Political Science, and Asian Studies, is one of 20 students selected nationally for the competitive Beinecke Scholarship.

The Beinecke Scholarship is a prestigious national scholarship program that provides college juniors with $34,000 toward graduate studies in Arts, Humanities and Social Science fields.

Each year, about 100 colleges and universities are invited to nominate a student for a Beinecke Scholarship. Since 2000, only three University of Washington nominees have earned the award.

The scholarship aims to provide highly motivated students the ability to begin graduate studies as soon as possible following graduation, and to encourage students to be courageous in the selection of a graduate program.

“What the Beinecke Foundation really wants to provide students is the freedom in choosing their graduate program, so the funding is intended to give students the opportunity to select graduate programs that are best for them without feeling restricted by financial concerns,” said Robin Chang, assistant director in the Office of Merit Scholarships, Fellowships, and Awards.

Gray said that one of the aspects that most interested him in the scholarship was the financial flexibility that he has to explore different graduate programs and find the one that is best for him.

“What I’m looking for is a program that focuses on socio-legal studies like my studies in LSJ and ideally what I want is a program with a strong South Asian focus, or a sociology or political science department where I have the flexibility to do that work,” said Gray.

Gray said that his LSJ classes inspired him to see the connection between law and society and encouraged him to do interdisciplinary work. He believes that his three majors complement each other because they are united by an underlying interest in how people conceptualize the world and how these conceptualizations shape political and social struggles.

“The value of having interdisciplinary programs at an undergraduate level exposes you to a lot of different types of work and I think it forces you to really engage in different ways of understanding phenomenon,” Gray said.

In the summer and fall of 2010, Gray spent seven months in India researching personal law in regards to marriage, divorce, inheritance and property rights.

“I’d like to deepen the study that I’ve done in India and get a firm foundation and I would like to expand that topic to study Pakistan and study the same issue in a comparative sense,” said Gray.

Besides his research, Gray is also a second year tutor at the Political Science/Law, Societies, and Justice/International Studies Writing Center, and is Managing Editor for this year’s Orator Undergraduate Journal of Political Science.

“I think Byron stood out because he had a really good combination of strong academic work, research experiences and engagement with his academic interests through a variety of activities like student publications,” said Chang.

Chang also said one of the impressive qualities that Gray displayed in his application was that he was able to show that he was following through with his academic interests more than just sitting in class but by acting on those interests.

In the future, Gray would like to become a professor focused on the political structuring of South Asian society. His interests include the evolution of South Asian legal systems since the colonial period, social theory and philosophy about law, societies and politics and he would also like to become fluent in Hindi and Urdu.

“For me, this scholarship is an invitation to do something,” said Gray. “It’s something that you get and you have the opportunity to take what you did in undergraduate and expand it in graduate school.”