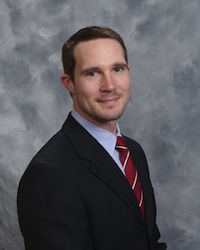 Local attorney and LSJ alum Ryan Dreveskracht will be speaking at a luncheon forum on “Policing on Indian Reservations,” on December 6th at 12:30 p.m. in Gowen 1A.

Dreveskracht graduated from the University of Washington in 2005 and now works as an associate at Galanda Broadman PLLC in Seattle where he focuses on representing businesses and tribal governments in public affairs, energy, gaming, taxation and general economic development.

During the luncheon, he will be speaking about the cause of the current state of Native America and the jurisdictional law-enforcement gap that exists in Indian Country along with what federal and state government can do to change the tide and why it is not getting done.

According to the Justice Department, murder rates are 10 times higher than the national average for Native women and one-third of all American Indian women will be raped in their lifetime and nearly three of five have been assaulted by their partner.

Despite, these epidemic rates of crimes, the federal government allocated nine officers to patrol the 2.3 million-acre Standing Rock Reservation in 2008. At some times, only one officer was on duty.

He hopes to offer insight into this vastly overlooked topic of national importance.