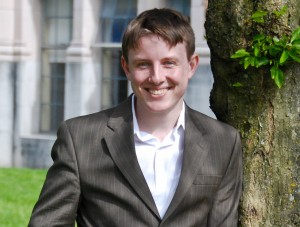 The Rhodes Scholarships are the oldest international fellowship awards in the world. They provide full financial support for scholars to study at the University of Oxford in the United Kingdom. Gray was selected from a pool of 830 candidates nominated by their colleges and universities.

Gray is also majoring in political science and Asian studies. His senior thesis is on family law, human rights and religious sectarianism in India. He won U.S. State Department scholarships for the study of Urdu and Hindi, and worked for a non-governmental organization in rural northern India. He has also studied the status of immigrants in Italy and worked on human rights and religious violence in South Asia.

Gray plans to pursue advance degrees on contemporary India and in socio-legal studies.