As happens with many students, Timothy Wettack was transformed by one college course more than any other.

That course, “Anthropology of Prisons”, taught by Lorna Rhodes, was one that he found fascinating. “My eyes and mind were opened to things I have never thought about, seen, or questioned in any way,” he later wrote.

His interest in prisons was so great that he sought out Professor Rhodes after he graduated with an LSJ degree in December 2010.  She helped him gain entry to a meeting of the Concerned Lifers’ Organization (CLO) at the Washington State Reformatory in Monroe. At that meeting, several inmates, most of them serving life sentences, talked about the issues that face them.

“They were all SO articulate, and thoughtful,” he wrote about that meeting. “They all recognized they had committed crimes, and none of them had any radical or crazy solutions.  But the common theme, and one that I agree with, was that locking people away to rot cannot be the best way to deal with criminal acts.”

Tragically, Timothy died in a motorcycle accident just days after writing this account of his experience at the CLO meeting.

To honor Timothy’s memory, and his passion for the reform of punishment policy, the Law, Societies, and Justice Program is proud to announce the creation of an endowed fund in his name to address that very goal.

The Timothy Richard Wettack Fund--generously endowed by his parents, Tim and Connie Wettack, and his brother, Jonathan--will be used to support activities within the LSJ Program to increase students’ understanding of penal policy and the various means by which it can be reformed.

The Fund will be used, in particular, to enable LSJ majors to interact directly with incarcerated individuals, as occurred with the “mixed enrollment” course that took place during winter quarter of 2014, and will recur in Fall 2015. Such courses will provide LSJ majors opportunities to learn alongside inmate students in a course taught by an LSJ professor. (See our story about the Winter 2014 mixed enrollment course)

The Timothy Richard Wettack Fund was the central focus of the LSJ Program’s annual alumni mixer, held on Nov. 14 in the Walker-Ames Room in Kane Hall. Alumni, staff, faculty, students, and friends filled the room to celebrate the life of Timothy Wettack and to support the endowment created in his name. Individuals who were unable to attend the event and would like to contribute to the Fund can do so here. “Law, Societies, and Justice is humbled by the generosity of the Wettacks, and eager to work to fulfill the goals of the endowed fund,” said LSJ Director, Steve Herbert. “I know from my experience teaching inside prison that a mixed enrollment course can be extremely impactful.  It is wonderful to know that we will be able to continue to offer such courses well into the future.”

The impact of a mixed enrollment course was summed up well by Daniel Snyder, a member of LSJ’s graduating class of 2014. “Although my experience with the inmates was very limited,” he said, “sharing twelve weeks of three-hour classes at the prison instilled an ethical obligation into myself and many of my classmates to advocate for reform of the U.S. criminal justice system and sentencing protocols.”

Wettack’s father, also named Timothy Wettack, spoke to the crowd, explaining the family's ongoing support of his son's passion and his evaluation of the current incarceral system.

“Our approach to incarceration is misguided. Hopefully we will have, at some point, a public outcry to the politicians,” he said. “You know this is nonsense, spending this amount of money with no return on the investment, when we can be putting that money towards more constructive uses.” 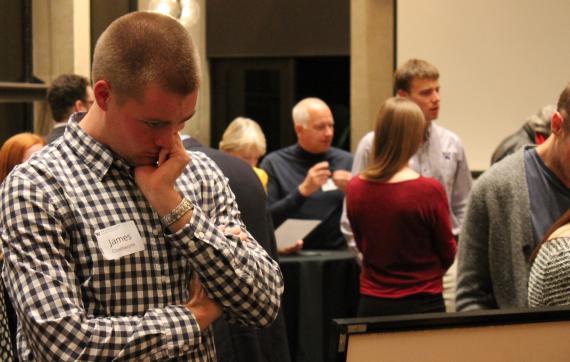 Even with the Wettacks’ generous gift, there is an ongoing need to continue to raise for the endowed fund.

“Sadly, a mixed enrollment course is not cheap,” Herbert said. “The cost of transporting the students to the prison, and of paying for the inmate students’ books is not insubstantial. So, we have more work to do.”

Timothy Wettack wrote that his attendance at the CLO meeting was “unique and powerful .” With resources from the fund for which he is named, generations of LSJ majors will be afforded the same transformative experience and the opportunity to engage in projects aimed at penal policy reform. 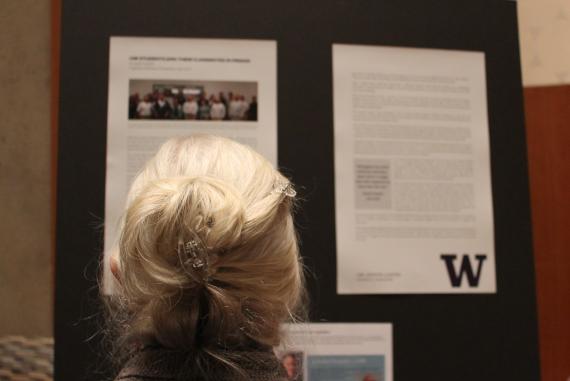