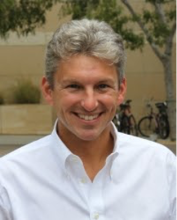 Amidst an extraordinary summer, Professor Stephen Meyers found a creative way to connect the LSJ community.

Just after graduation in June, Meyers created the “Social Justice Bookless Book Club,” in which LSJ students, alumni, and faculty came together to discuss relevant social justice issues. Rather than reading novels, the club engaged with articles, podcasts, and op-eds.

Meyers says that there were two primary motivations for starting the club. The first was to build a constructive learning space.

As the Black Lives Matter movement was taking center stage, Meyers realized how little he knew about issues pertaining to police violence and race. “As a member of LSJ,” he thought, “I should know more about these issues.”

“I saw it as an opportunity to do some of my own reading and educate myself,” Meyers said. “It's important to note that as faculty, we have just as much to learn as our students do. So, I thought this was a good way to learn together.”

Secondly, Meyers says he started the club to create a sense of community during an unprecedented summer. As study abroads and internships were cancelled, many students and faculty were left feeling disconnected.

“It was important that LSJ as a community find a way to engage our students and graduates, giving us some sort of an anchor in a very unusual summer,” Meyers expressed.

Lana Shamdeen, an LSJ graduate in 2019, says she joined to stay connected to the LSJ community as well as discuss topics at the forefront of the Black Lives Matter movement, such as police abolition.

Shamdeen observed that LSJ courses often focus on rehabilitation and reform, rather than abolition. “Quite frankly, there isn’t a lot of academic research on [abolition]. I thought this would be a great learning opportunity.”

Meyers stressed the importance of intersectionality within these discussions. “There’s a real intersection between disability, race, and police violence,” Meyers said. He notes that police violence disproportionately affects those with psychosocial disabilities and mental health conditions.

Other topics the club explored include incarceration and decarceration in the context of COVID-19. One podcast they reviewed, titled Keeping Released Prisoners Safe and Sane by The New Yorker Radio Hour, explores the nuances of decarceration during a pandemic. The podcast follows a psychiatrist and a social worker as they attempt to locate and support individuals released from prison who have lost their only consistent access to mental illness and addiction treatment.

Meyers notes that the club didn’t “solve anything.” Rather, it created a learning space to engage with complex issues, as well as connect LSJ folks during an isolating time.

“It became its own little community,” Meyers said.

However, the work doesn’t stop here. “Certainly the need to continue educating myself, and all of us educating ourselves around issues of social justice, continues,” Meyers stated.