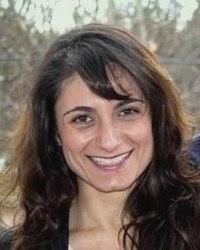 Arzoo Osanloo is a Professor in the Department of Law, Societies, and Justice and the Director of the UW’s Middle East Center. She also holds adjunct appointments in the School of Law and the Departments of Anthropology, Near Eastern Languages and Civilization, Gender, Women’s and Sexuality Studies, and Comparative Religion. She earned her Ph.D. in Cultural Anthropology at Stanford University in 2002. Prior to that, she practiced law, having received by J.D. from The American University in 1993.

As a former immigration and asylum/refugee attorney, Professor Osanloo became concerned with the fraught but often neglected relationship between ‘culture’ and ‘rights.’ As a legal anthropologist, her research and teaching focus on the intersection of law, culture, and politics, including human rights and humanitarianism. Her research explores the formations of women’s rights and human rights in cultural contexts and draws on continuing ethnographic fieldwork in Iran. Her first project explored the politicization of 'rights talk' and women’s subjectivities in post-revolutionary Iran, and resulted in the book, The Politics of Women’s Rights in Iran (Princeton University Press, 2009). Her courses focus on human rights, refugee rights and identity, humanitarianism, post-conflict reconciliation, and women’s rights in Muslim societies.

Professor Osanloo is currently working on a new research project that examines the Islamic mandate of forgiveness, compassion, and mercy in Iran’s criminal sanctioning system, jurisprudential scholarship, and everyday acts among pious Muslims. This new research project considers the Muslim mandate of forgiveness or forbearance as a central ordering component of an Islamic way of life. Her interest is not simply in the texts of the sources, Qur'an and Hadiths, but also in how pious Muslims practice forgiveness, forbearance, mercy, and compassion in everyday life. That is, how does this compulsion to Muslims manifest through social interaction, law, and states politics? Iran’s criminal sanctioning laws are one specific focus of this work, laws which permit individual forgiveness (not to be confused with the state pardon). One of the aims of this study will be to appraise the relationship between the legal and social manifestation of forgiveness to a certain understanding of human rights. In addition, the work will assess how the Muslim compulsion to forgive and forbear may potentially play a role in reconciliation and transitional justice, and how gender (symbolically and literally) figures into forgiveness.