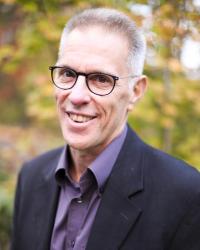 Professor Herbert is trained as a geographer (PhD, UCLA 1995), and has focused much of his research energy on exploring the relationship between the exercise of power and the control of space, particularly with respect to the work of urban police departments. He has conducted extensive ethnographic fieldwork with the Los Angeles and the Seattle Police Departments. This work resulted in three books: Policing Space: Territoriality and the Los Angeles Police Department (University of Minnesota Press, 1997); Citizens, Cops, and Power: Recognizing the Limits to Community (University of Chicago Press, 2005); and (with Katherine Beckett) Banished: The New Social Control in Urban America (Oxford University Press, 2009). He has also published articles in leading journals in the disciplines of Geography, Socio-Legal Studies, and Criminology.

Professor Herbert’s most recent work focuses on the realities of life-sentenced prisoners.  He is the author of Too Easy to Keep: Life-Sentenced Prisoners and the Future of Mass Incarceration (University of California Press, 2019). This research was inspired by his prison-based educational efforts. These include the “mixed enrollment” courses at the Washington State Reformatory, which combine LSJ students and incarcerated students in the same classroom.  These efforts also include three “mixed enrollment” book clubs that he runs at other prisons in Monroe.

He is also the creator of the 2021 podcast series, “Making Amends”, which tells the story of six men incarcerated at the Oregon State Penitentiary who are eager to find ways to atone for their past mistakes.

Professor Herbert teaches the following courses:  LSJ 200, “Introduction to Law, Societies, and Justice”; LSJ 377, “Punishment: Theory and Practice”; and LSJ 490, “Juvenile Parole Project”.  He was honored with the UW Distinguished Teaching Award in 2009.